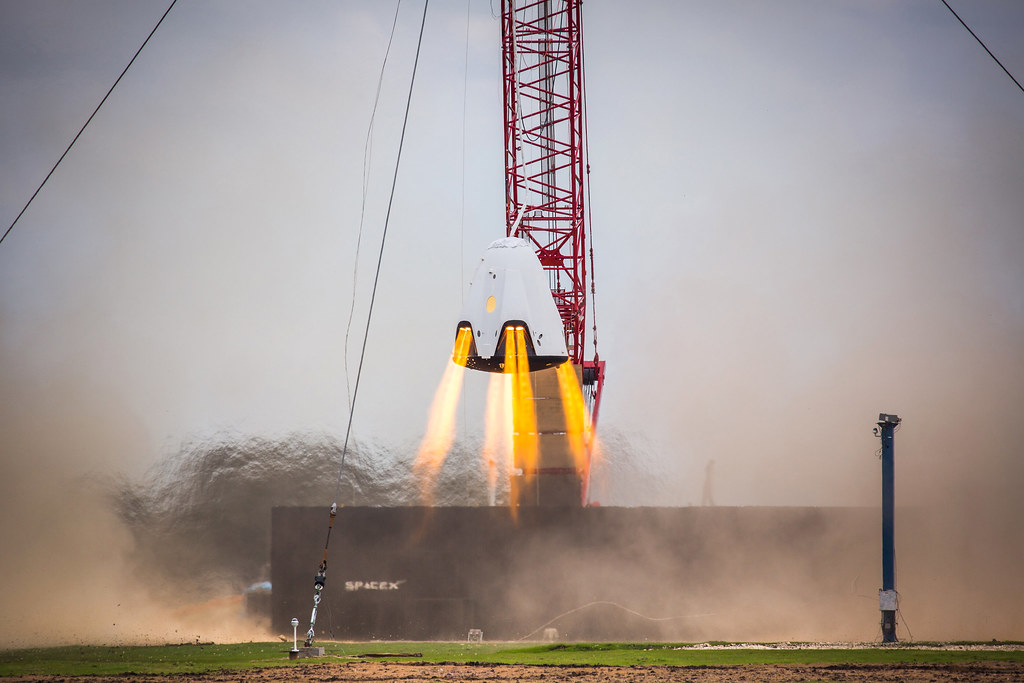 The advantages of 3D printing are well documented. The technology allows products to be created at the location where they are needed. It helps deal with efficiency problems, making supply chains move forward smoothly. This can have a massive impact in reducing the resources and time needed to manufacture products.

Rocket companies have used 3D printing, formally known as additive manufacturing, for the better part of the last decade, beginning with SpaceX’s 2013 development of a 3D printed part of the SuperDraco rocket engine.

This article follows the history of the use of 3D printing in new space companies. Towards the end of the article, we will also look at another advanced manufacturing technique used by these companies: high-pressure die casting.

Autodesk defines 3D printing as “a process by which physical objects are created by depositing materials in layers based on a digital model.” The same source adds that “3D printing technology can be used to create everything from prototypes and simple parts to highly technical final products such as airplane parts …, eco-friendly buildings, life-saving medical implants and even artificial organs using layers of human cells.”

Stereolithography (SLA): Uses UV light to harden or cure raisings, one layer after another.

Why Space Manufacturers Are Turning to 3D Printing 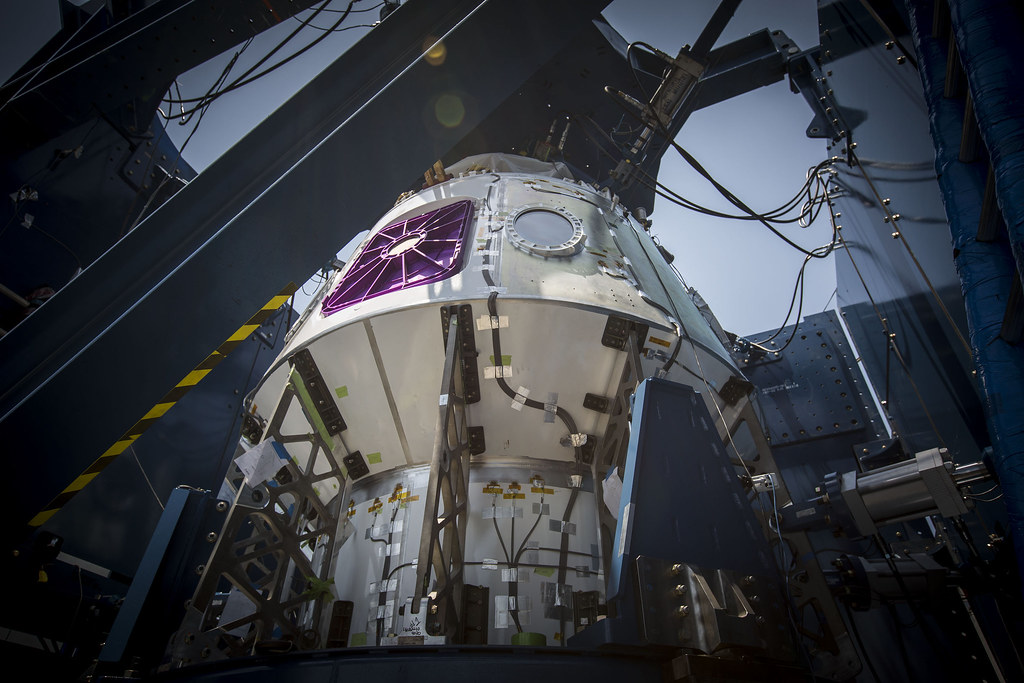 The additive manufacturing software provider, AMFG, provides some insights into the impact of 3D manufacturing in the space travel field. The company notes that the “spacecraft manufacturers are faced with the challenge of accelerating rocket development and production, while also reducing costs and increasing efficiency.” 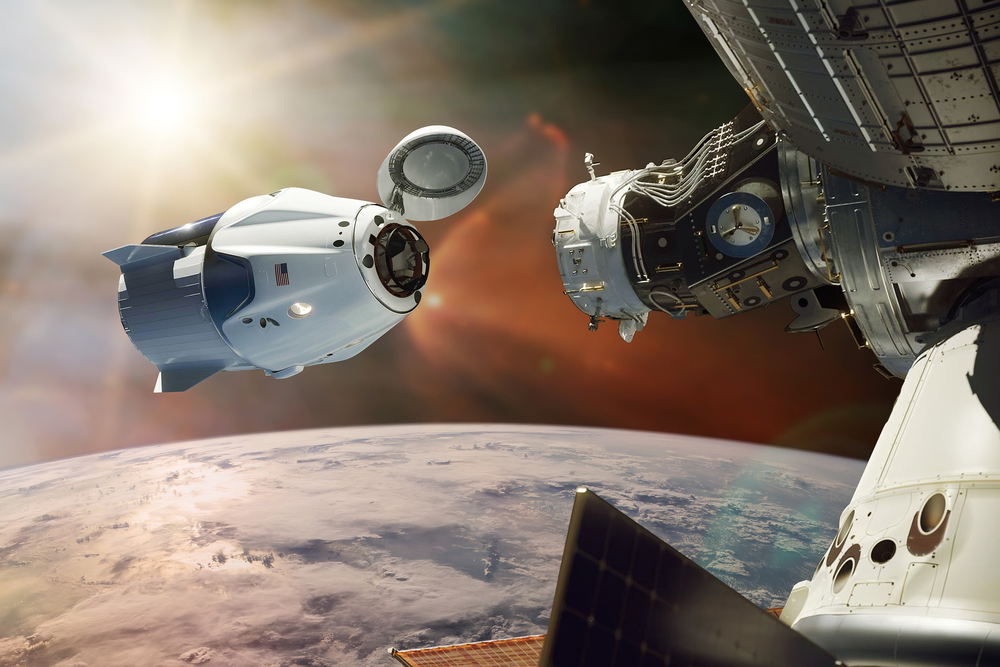 Elon Musk established SpaceX in 2002. His mission was to reduce the cost of traveling to space so that humans could eventually colonize Mars. According to SpaceX, this would be achieved through the use of “fully reusable launch vehicles that will be the most powerful ever built, capable of carrying humans to Mars and other destinations in the solar system.”

The source of news on space exploration, innovation, and astronomy, Space.com reports that “SpaceX sent its first 3D-printed part into space early this year [2014].” The same source adds that “The part, a rocket engine main oxidizer valve, flew aboard SpaceX’s Jan. 6 launch of a Falcon 9 rocket carrying the commercial Thaicom 6 telecommunications satellite to orbit.”

The practicality of using 3D printing to make rocket parts was validated by the fact that the valve worked as required under strenuous conditions, including under extremely low temperatures.

SpaceX is also using 3D printing technology to produce other accessories such as helmets. According to 3Dnatives.com, “Each helmet features a visor, valves, locks, and microphones.”

Blue Origin is the aerospace manufacturer established by the founder of Amazon, Jeff Bezos. The company was launched in 2000 in Kent, Washington. “We’re committed to building a road to space so our children can build the future,” reads the company’s mission statement.

Blue Origin also says that it is living up to its mission statement by developing “partially and fully reusable launch vehicles that are safe, low cost and serve the needs of all civil, commercial and defense customers.”

An important part of ensuring that low-cost and safe Blue Origin’s space travel products become the norm is the 3D printing technology. 3DPrintingIndustry.com quotes the Blue Origin president, Rob Meyerson, who says that his company “has made a significant investment in 3D printing.” He adds, “We’re all in on adopting new technologies and taking full advantage of the possibilities.”

3DPrintingIndustry.com also reports that Meyerson illustrated, in a presentation, the time- and cost-saving benefits introduced by 3D printing compared to the traditional casting methods. In the presentation, Meyerson showcases a part that took three months to make using 3D printing. The same part takes over 12 months using traditional casting methods. 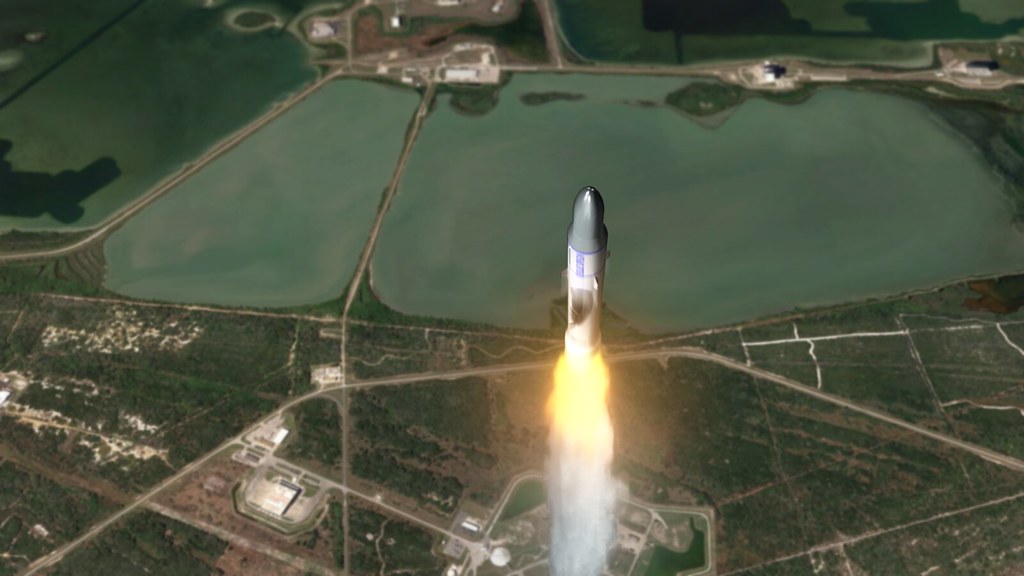 In December 2020, 3Dprint.com reported that “Blue Origin has created a three-stage lander that could take the first woman and next man to the surface of the Moon by 2024.”

The exciting part is that the BE-7 engine powering the lunar lander system was manufactured using 3D technology. This is confirmed by Bezos, who says, “The BE-7 is a high-performance, additively manufactured liquid hydrogen / liquid oxygen lunar landing engine with 10,000 lbf of thrust – deep throttling down to 2,000 lbf for a precise landing on the Moon.”

But that’s not all. Bezos used an Instagram video to announce that “This is the engine that will take the first woman to the surface of the Moon.” According to the Washington Post, that woman was Wally Funk, who lost her chance to go to space in 1961 because “NASA had no program for female astronauts.”

Funk may not have landed on the surface of the Moon, but she would eventually get a chance to travel to space on July 20, 2021. She was 82 years old. Funk was one of the three passengers who traveled with Bezos in what Blue Origin dubbed its “first human flight.”

Relativity Space is a space company established in 2015. The company has indicated its goal to be “the first space company to successfully launch a fully 3D-printed rocket into orbit.”

But what does “fully 3D-printed rocket” mean in reality. Denrie Perez, who writes for Engineering.com, has the answer: “From the engines to the fuselage, Relativity is automating almost the entire manufacturing process.”

Perez adds that 3D printing has allowed Relativity the ability to modify its designs quickly. She notes that to beat competitors like SpaceX, the company is selling customization. “The use of 3D printing would enable the company to repeatedly modify capsules to fit any kind of satellite,” she writes.

On June 8, 2021, Alex Knapp of Forbes.com reported that Relativity had raised $650 million in a Series E venture round. He reports that the “capital is geared towards accelerating the development of the company’s Terran R rocket, which will be completely 3D-printed and capable of launching bigger payloads than Elon Musk’s Falcon 9 rocket.”

With the benefits of 3D printing in the space field, it’s not surprising that every serious space company seems to be doing something about manufacturing parts using the technology.

Michael Petch, writing for 3DPrintingIndustry.com, reports that the President and CEO of Virgin Galactic, George Whitesides, had informed him during an interview that the company’s “goal is to reduce the amount of time it takes to produce our engines from many months down to eventually weeks.” Petch indicated that 3D would play a profound role in meeting this goal.

Rocket Lab is a space travel company described by the MIT Technology Review as “The small firm that launched the 3D-printed space revolution.” Peter Beck established the company in 2006.

The MIT technology review reports that “Six of the [Rocket Lab] rockets have launched successfully so far—each equipped with nine Rutherford engines that are created primarily using metal 3D printing, as are a number of other elements on board.”

Is There Space for Other Methods?

Even though new space companies are forging ahead with 3D technologies, it looks like other methods that have been used for ages still have room in the industry.

An example of a technology that has been used for many years but is still relevant today is plastic injection molding.

Proof that these methods still have a future can be seen in a recent job post from SpaceX indicating that the company is hiring engineers and technicians versed in relevant technologies.

The ad states that these engineers and technicians will “work closely with our engineering teams in the early phases of high pressure die casting process development and equipment commissioning and drive the development of aluminum die casting at the company.”

From the efforts and investments made by new space companies, it’s clear that 3D printing will be a significant part of the future. For organizations like NASA, 3D printing can solve the challenge of sending spare parts to the International Space Station by making it possible for some of them to be manufactured right there on ISS using 3D printing.

Everything You Need To Know About The Tesla Cybertruck

The Tesla Cybertruck may look like the ugliest pick-up truck you’ve ever seen, but that

To get the best results for your molding projects, it is essential to choose the